Can the Sony Xperia 5 be used to film a documentary about breaking World Records?

We have been helping our friend Jamie Barrow for the past 5 years on his journey to becoming the fastest snowboarder on the planet. This desire is deep rooted for Jamie, it goes way back to his early childhood where he would receive a Guinness World Records book every Christmas, he grew-up dreaming of making it into the book. 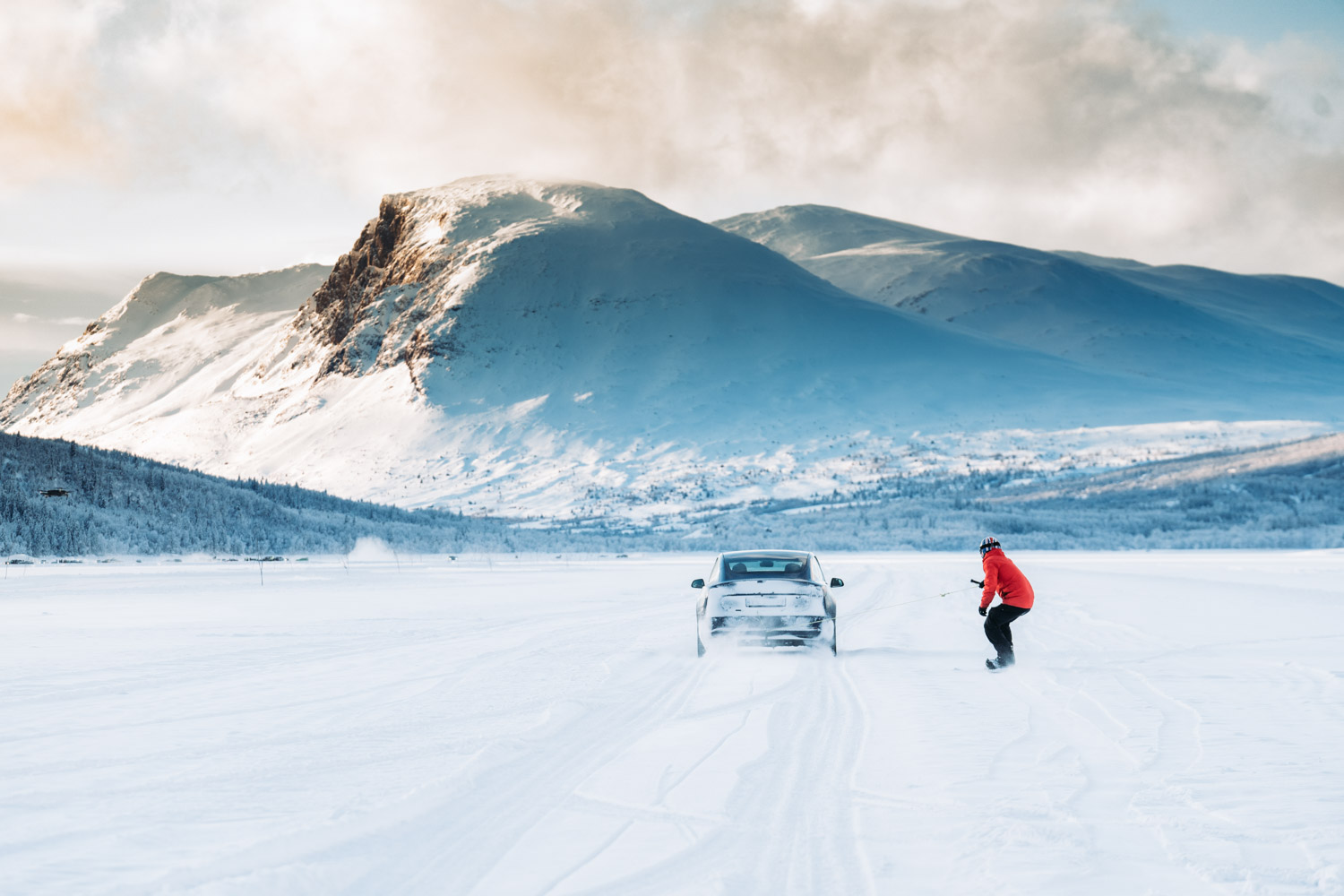 Over the past few years we have filmed Jamie, Britain’s fastest snowboarder, through a series of different challenges, but what was about to be embarked upon would be Jamie’s most daring. It would also be OLCO’s biggest film project to-date. Conor and Ollie have filmed all around the world but on this project they would be facing breathtakingly cold conditions.

Not only were we tasked to film the record attempt itself but to also follow him on a 2-year long journey to document what it takes to break a World Record. Jamie says: “Most people think you just tie a rope to the back of a car and go for it, but there is so much more that goes on behind the scenes”. The aim for OLCO was to produce a feature length documentary to hopefully show just what it takes to break World Records!

In December of 2019, we headed out to Switzerland to film Jamie where he grew up. It was important for the story to understand where his thirst for speed first started.

The guys over at Sony had leant us their new Alpha series cameras and also threw in a couple of their new Sony Xperia 5s to test out. As a company, we are quite known for making vertical videos specifically made for social media, so we were intrigued to see what the Xperia could produce.

What peaked our interest initially, was the combo of 3 different lenses paired with the Sony Cinema Pro app, which gave us the ability to shoot in a flat colour profile and configure professional parameters as you would find on a film camera. This was all too tempting for us camera nerds who are always seeking the best picture possible. An added benefit of this, is that it would make matching anything shot on the phone easier to match with footage shot on the Alpha cameras. The potential was there for this little camera to get some screen-time in the final documentary.

We decided to put the Xperia 5 to the test in a series of shoots around Switzerland to create a short 20 second vertical video for social media. The premise for the video was relatively simple, Jamie would use the phone to help explore new places, find some insane views and capture the moments along the way.

For the tracking shots following Jamie, we opted to use a smartphone gimbal to remove any unwanted camera shake from the shots and by using the Cinema Pro app we could set our picture profile, ISO, white balance, shutter angle and focus mode. The ability to control these settings was great for the changing light conditions in the streets of Geneva and the auto focus mode was more than capable for the majority of our shots, so we let it work its magic. This was great as there was one less thing we had to worry about.

Next we wanted to test how this little camera would cope in a more extreme environment – high altitude, low-temperatures and extremely bright light. So we found the highest mountain near us (something not too challenging in Switzerland) and headed up on an amazing cog-wheeled train which took us right up to the peak of the mountain!

This location would provide the ‘finale’ shots for the social video, after using the Xperia to navigate through Switzerland to find this awesome view! But as soon as we stepped out of the train onto the snow an ‘uh-oh’ came from Ollie, the intense sunlight bouncing off the perfect snow burnt into his retinas, unlike the others he had forgotten his sunglasses – a mistake he’ll never make again. So hence why in the pictures that follow he has his hood up.

Due to the bright light we found it hard to expose the shots correctly without any ND filters – much like a film camera would require filters to stop down the light. Unfortunately we didn’t have any NDs for the phone so we resorted to over-cranking the shutter to stop down the light, we sacrificed the motion blur but we were still able to get a few shots. On the other hand it was a great opportunity for taking stills using the native camera app, which performed perfectly and achieved some banging shots with a great dynamic range!

In January 2020, we headed out along with another filmmaker, Jackson Kingsley and photographer, Sam Short, to the middle of Norway to face the -15°C temperatures and film Jamie attempt to break the World Record. Standing on a frozen lake, our beards were forming icicles, our teeth were chattering and all our camera batteries were being zapped rapidly by the cold, this was to be one of the hardest challenges we had faced as a film crew.

Using our hand warmers to keep our batteries warm

A big part of the story was the car and the driver that would be used to tow Jamie over the 150 kph speed. We were lucky enough to be given a Tesla Model 3 Performance, an electric car with a top speed of 250 kph. For a driver, we had Niki Faulkner on board, a veteran of the stunt driving world who had worked on TV shows like Top Gear, The Grand Tour as well as Hollywood movies like Rush and Mission Impossible.

We needed to capture in-car shots during the record, along with other story-based scenes of Jamie and Niki first testing out the speed of the Tesla. We opted to use the Sony Xperia 5 for these in-car shots, we found the super-wide 16mm lens perfect for the interior of the car. To mount the Xperia in the car we used a suction cup attached to the inside of the windscreen, a variable friction arm and a phone-to-tripod clamp, this worked a treat and allowed us to adjust the position of the phone easily to capture both Niki and Jamie’s reactions!

After the first day filming with the Xperia 5 for the interior car shots, we offloaded the footage onto a laptop for the crew to see. There was a unanimous silence and slow nod by the whole film crew followed by Conor, the co-director declaring that it ‘passed the test’ and that he wanted to use it then-on for the interior car shots. So a win for the little guy! After putting the Xperia 5 through its paces in multiple countries and extreme conditions it was great to see it could perform at this level. It’s safe to say you’ll be seeing the shots in the final doc, see if you can spot them!

Any cookies that may not be particularly necessary for the website to function and is used specifically to collect user personal data via analytics, ads, other embedded contents are termed as non-necessary cookies. It is mandatory to procure user consent prior to running these cookies on your website.